Why You Should Consider a Mastermind Group

I have been writing a lot about connection, accountability, and developing social circles.  Most are very informal, but there is a variation that is more formal that has made a tremendous difference in my life. The groups go by different names but they are basically a variation of the timeless principle of the mastermind group.

The concept of the Mastermind Group was formally introduced by Napoleon Hill in the early 1900’s. In his timeless classic, “Think And Grow Rich” he wrote about the Mastermind principle as:

“The coordination of knowledge and effort of two or more people, who work toward a definite purpose, in the spirit of harmony.”

“No two minds ever come together without thereby creating a third, invisible intangible force, which may be likened to a third mind.”

Today we had a graduation ceremony for a group that has been meeting for more than five years.  We called ourselves Entrepreneur Accountability Group and our motto, as designated by one of our members:  “This is not the Entrepreneur do whatever you want to group.”

One member has retired, one is moving away and others were changing focus. We decided to have a graduation ceremony and give the group an elegant ending rather than let it merely wither away.  In the five or more years we had other members who left but the time seemed right to close this chapter.  We each recited what the group had done for us and we went around the table and described the changes and growth we had seen in each other.  It was an inspiring time and I want share the concept with others so that they may start a similar group.

There was a certain formality to the group. We timed each member as they checked in.  We started with relating something good that had happened since last meeting.  (Sometimes that good was “I got up this morning and I am still breathing.).  Then we would report how we did on our intentions from last meeting and what challenges we were facing.  Sometimes the same intentions were repeated over and over and over to which the group gently pointed out that perhaps that intention did not have priority and could be retired.

The group got me through dark times personally and in my business.  I remember once, just after I have moved residences and was challenged by the unpacking, a member pointed out that I had been in sweats with unkept hair and make up for the last several meetings and set an expectation that next time I would be dressed and ready to do business.  That worked.

We each observed growth and success in each other and we know the group helped us achieve our goals. We helped with challenging each of us to think bigger, we helped with decisions relating to retirement, business succession, career change and relocation.

At our graduation I asked if I could post the group picture and got permission.  I promised to not call anyone out. But you can see that we are a group ready to do some serious business. 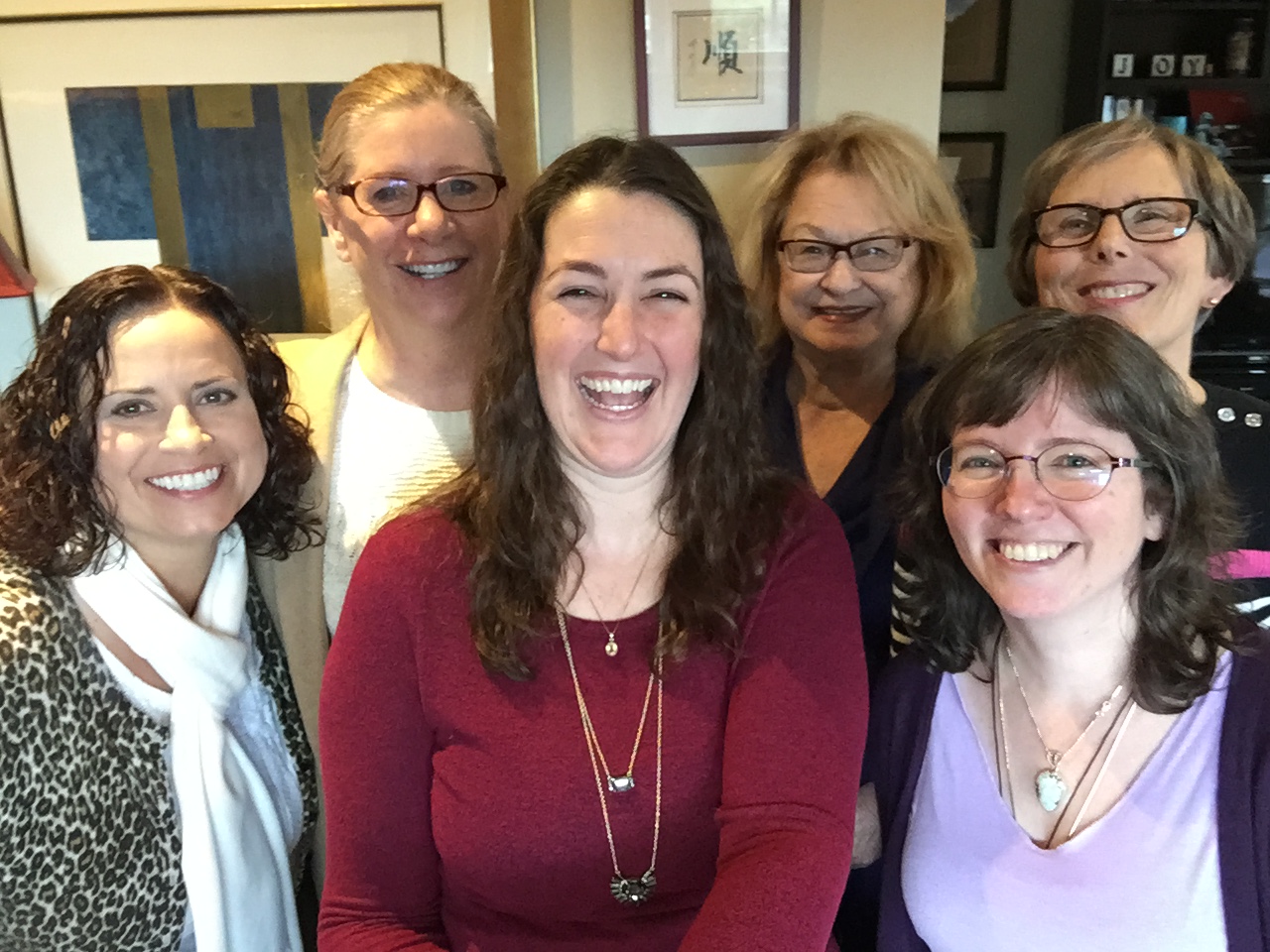 Ten years ago a group of lawyers beginning their own solo practice gathered for a class on how to build a law practice.  We met in a formal setting with an instructor for about a year.  We then decided we could continue meeting without paying an instructor and we did so diligently for some time.  Monthly scheduled meetings where we worked on business plans, analyzing our data and setting goals. Eventually we alternated homes and had potluck dinners.  After a while they became social evenings. (Read: we drank wine)  Our businesses got successful, some members had children, one member achieved her goal of having a lot of time to travel so the meetings became more sporadic.  Now any member can call a meeting and we gather.  Those of us in similar fields of law still rely on each other for email or phone advice when we don’t want to admit to our peers what we don’t know.

Law ladies does not have a structure.  Or at least one that lasted very long, but the bond is strong and we are there for each other.  We wrote an article for the local bar association bulletin and we were able to count it in our professional profiles as being published in a professional publication.

Do you have a group?  Should you?

I belong to a number of virtual groups and I love them and do get support but there is something about the personal, sit around a table connection that is still important.

Your group could be a dinner group, a meet at the pub group or a breakfast group.  My recommendation is none of the above.  The purpose becomes diluted when you have to order, deal with service people and even the next table.  I recommend a home or office conference room.  I am lucky to continue to have room for a large table I call the board room table.

I have read various opinions for ideal size for a group. My experience is that having eight members is ideal.  (Maybe because my table seats eight?). The reality is not everyone is there every time so you will probably have a rotation of about six people.  This gives time for everyone to take a turn.  I recommend a set ending time.  People can socialize after but a set beginning and set ending makes the meeting more productive.

What’s the next step?

If you would like some help with getting a group started I am happy to guide you.  You know where to find me.  (Karin@divorceforgrownups.net).

As for me. . . .  I am looking forward to starting another group that will last for five years or more.  Want to join me?