What I Hoped to See 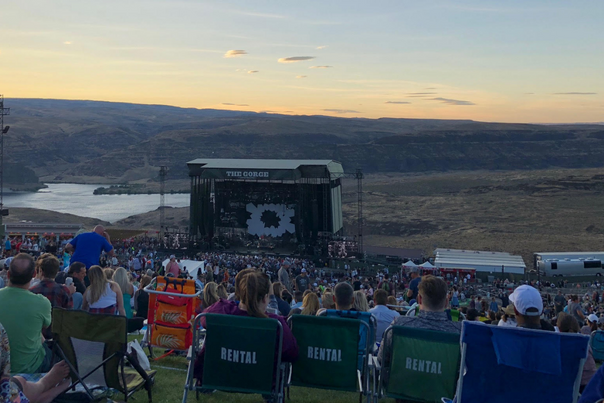 I have a concert ticket.

What is it I hope to see? I feel that I have seen all the concerts on my bucket list. One of my earliest was one I didn’t know was a big deal until much later in life. I wish I had paid more attention. I was in a tiny jazz club in Seattle. The performer was (gasp) Miles Davis. Oh, I wish I had been a more “with it” young woman.

There was Harry Bellefonte. It was a sad concert as he mourned the recent deaths of his friends, but it was still fantastic. I’ve seen Robert Kennedy and Martin Luther King. “I have been to too many funerals,” I remember him saying.

Concerts were not part of my entertainment during my Bellevue Housewife period. I cannot remember a single concert, although there must have been something other than children’s Christmas concerts.

I had to make up for it later, and I implored my daughter and son-in-law to take me to see the Rolling Stones. A friend took me to see Eric Clapton. I never made it to see the Beatles. Also high on the bucket list was Jimmy Buffet (Margaritaville). The newer performers do not interest me much.

Having not been much of a concertgoer all those years, I now find myself on the board of the Kirkland Performance Center. There have been many highlights for me. Music of my youth—Kingston Trio, Beach Boys, Judy Collins. My favorite idol now is Mavis Staples. She is 80-plus years old and still rocking it. Last year she opened for Dave Matthews at the Gorge (concert venue in Grant County, Washington) on Labor Day. Then she took the stage and sang with Dave. I have the same t-shirt she wore!

The pandemic has stopped most concerts. I am told the prominent performers will be back this fall. I sure hope so.

My family took me to Grateful Dead, Phish, and for almost 20 years to see Dave Matthew’s at the Gorge on Labor Day. This was always a wonderful family outing.