The Time “Just Not Screwing Up” Worked

Some successes come with a resounding “Yippee”, and a spin around the room. Passing a bar exam comes to mind. Some successes take a while to sink in.  And then there are the ones you didn’t realize were such a big deal until much later.

Often when looking around for inspiration for a Sunday blog post I peruse my photos. This collage popped up and it took a little while to realize the story it brought up. 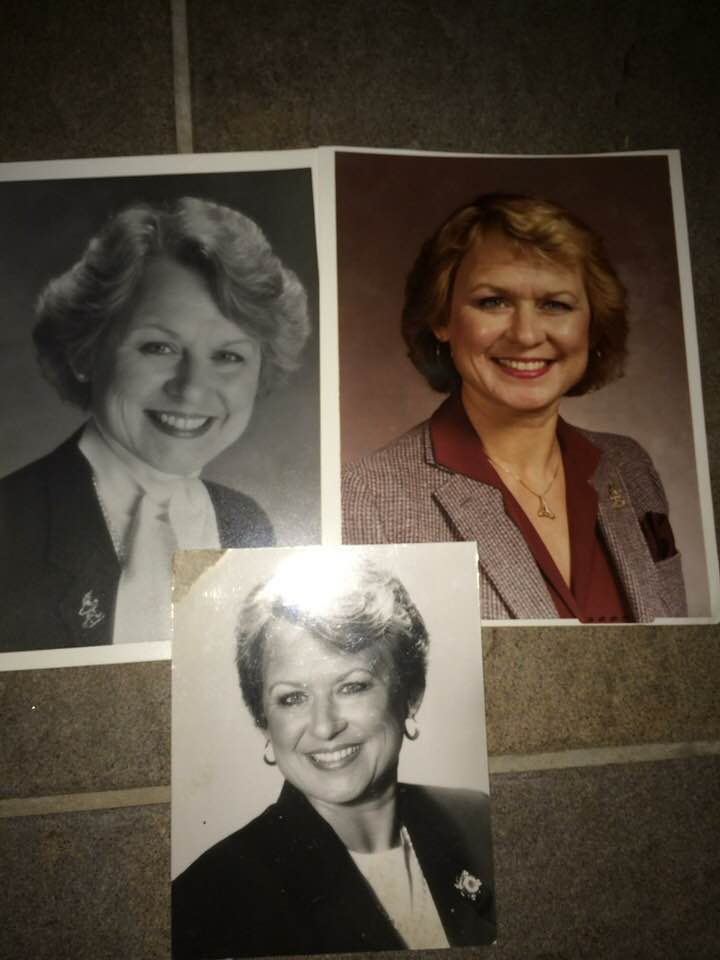 This is a collage of some of my “professional head shots” in the 80’s. The short hair is  the latest and comes in the category of ‘what was I thinking?” There’s a story behind the necklace I will tell another day. Today I reminisce about the time just before these.

One of my careers was teaching a job finding workshop. I had all sorts of teaching materials I assembled every Sunday night in preparation for the following week’s class.  One of our friends opined:  “Why don’t you stop telling other people how to get a job and find a real one yourself?”  Ouch.  I had a job!  I was paid.  Not that well, but I was paid to teach this five day workshop.

Cballenge accepted. I used the skills I had been teaching others and set about landing an executive position. This was the start of the mandate to hire women in executive positions so my timing was good, although at the time, I considered myself merely a suburban housewife.

I applied to what was the largest employer in town — Paciic Northwest Bell.  One of the seven regional bell systems. Somehow my resume landed in the right spot and after an initial interview, I was asked to participate in a role playing interview. One of my mentors told me that if they were spending that much money on me they wanted to hire me and all I had to do was “not screw up.”

When I arrived, I was given an in basket and told that I had a specific amount of time to sort the in basket and prioritize.  I don’t know much about the rest of the items but one item was a dentist appointment that morning.  Somehow I had The wherewithal to figure out that I had to cancel that appointment as not being a priority.  Don’t screw up, remember. Next were mock meetings with my mock managers.  This was fun. It was role play. I can do that.

The afternoon was spent reviewing a case and preparing a presentation. Since I had not gone to business school I didn’t know that this is pretty standard B school stuff. To this day I can remember that case and my recommendations.  Remember, it was all fun and I was just trying not to screw up.

Fast forward to the appointed day I was to phone my contact in HR.  (It was called Personnel back then). When he asked me how I was I said “You tell me.” He told me I was just fine and he was prepared to offer me a position as a marketing executive.  With real money.

Was it a “Yippee” spin around moment?  Momentarily, yes. Especially when I found out that only 1 in 20 survives the role play to be offered a job. So much for just not screwing up. If I had known that I would have been too terrified to open my mouth.  Then as I got to my new recruit training class, I discovered that all my new colleagues were younger, seemingly brighter and had business degrees.  Yikes. Susie homemaker goes to the corporate world.

But I did survive.  Long enough to get some impressive headshots.

What were some of your “Yippie”, spin around the room moments?